I can’t believe I did not blog all the time I was walking in August. It became a very busy month and a sociable one too. I don’t feel creative at the end of walks and my new “rest day” on Sundays are now busier than I thought they would be.

August brought some incredibly good news. Travelodge are now on board and have offered to put me up whilst I am walking.  I have their newly formed partnership with the BHF to thank for this. Sundays are now my transfer day between Travelodges. To be able to park my rucksack in one location and walk with a daysack makes my walking days much more enjoyable. Also, no more rough sleeping, begging for a free bed or the dreaded camping, I should be able to get a good nights sleep for most of the 3000+ miles left. 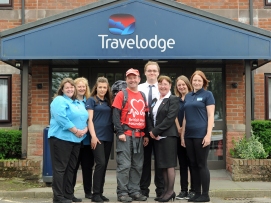 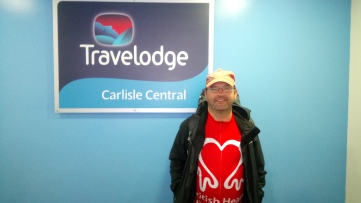 I spent the first part of August walking by myself in Dumfries and Galloway. Some of my days involved 6 buses to get to and from my walk route. Some people may have found that a drag but I loved it. Sitting on the various buses gave me a chance to listen to conversations (if they were speaking slow Scottish) and watch how southern Scotland got by day by day. Gatehouse of Fleet, Kirkudbright and Sandyhills were gorgeous and it was lovely to see the Lake District in the distance as I got closer to the border. It was also a sad time too because I would be leaving Scotland and even though I still have a section in NW Scotland to complete, I really felt as though I was going to miss Scotland. 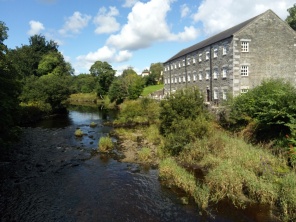 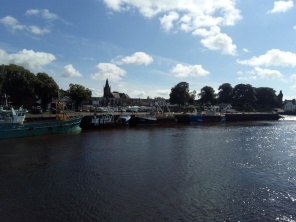 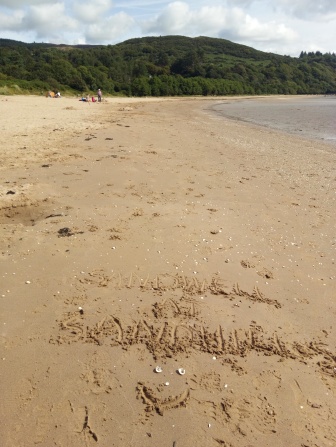 I was amazed that walking just 12 miles from Gretna Green to Carlisle that accents changed so quickly. I visited the BHF shop in Carlisle and spoke with the manager who was born and raised in Carlisle. To me she sounded Geordie and was unsurprisingly amused at being told that. She told me of local rivalries, Carlisle history and things to see and do. I had arrived in chatty Cumbria and it stayed like that for the rest of August.

Nigel, a retired hotelier and father of Laura, who works at BHF in London, joined me for two days along the Cumbria coast path.  Sadly on the two days we spent walking, we didn’t have the best weather and the routes were not the most picturesque but Nigel, from the Lake district, didn’t seem to mind and we completed 30 miles together in good spirits. 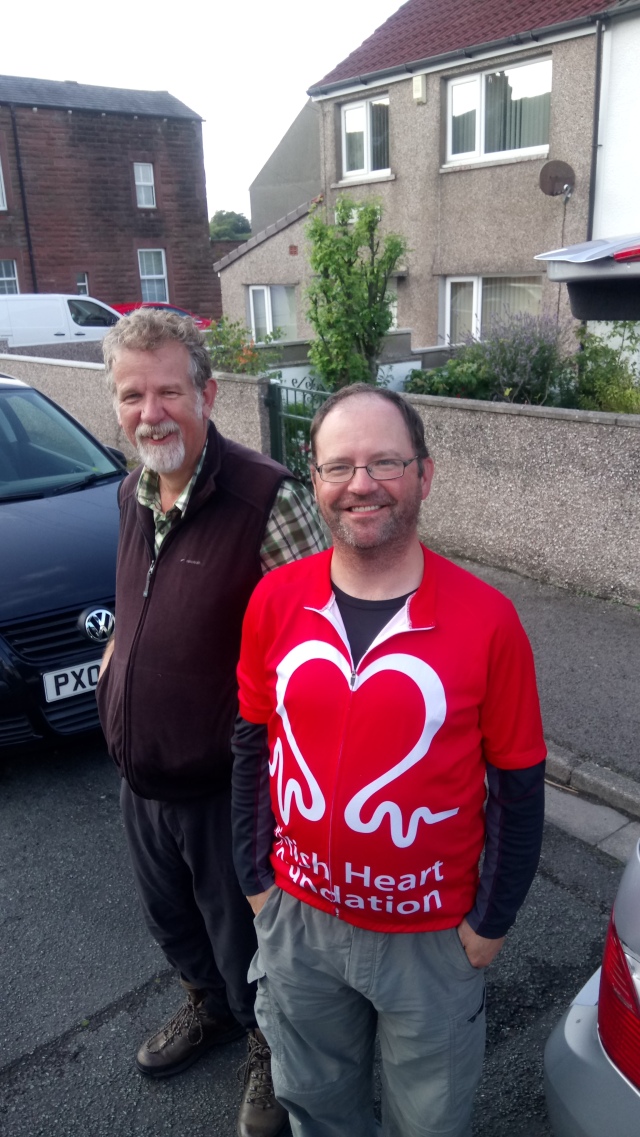 Whilst I was in Carlisle taking photos of the Castle, I saw out of the corner of my eye the BBC Cumbria building. Nothing ventured, I went in and asked if they would be interested in my story. Within an hour and a half, I was live on air being interviewed by the friendly and zany DJ Caroline Robertson. It was one of the better interviews  I have had and I thoroughly enjoyed being in the studio for a change rather than battling with mobile phones

Thanks to this five minute plug, I received an email from David, a retired Sellafield worker and we walked two days along the coastline with some of his friends.  They gave me a fascinating insight into life at Sellafield and the impact on the surrounding area. I was incredibly grateful for this and they were great fun to walk with. 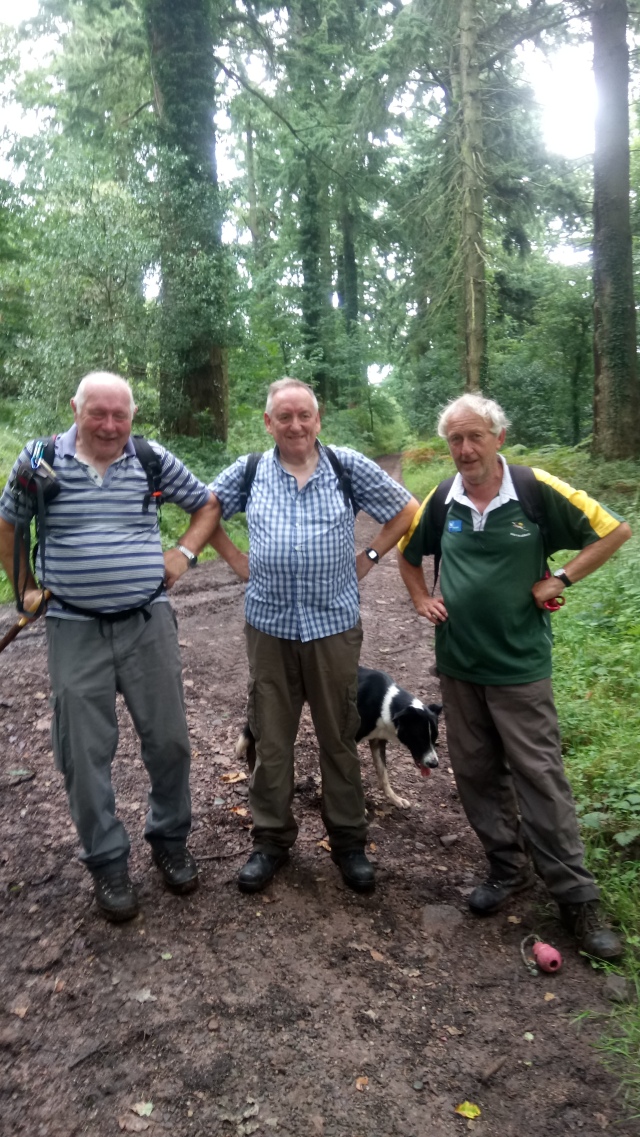 This coming week is National Organ donation Week . I have been very lucky to have met many transplant recipients on my walk and in Whitehaven I met Dave who is 4 years post heart transplant having spent many years on the transplant list. We walked from Whitehaven up to cliffs where he left me and welcomed me coming back down at St Bees. We both know how organ donation not only saved our lives but has given us a quality of life we could never have dreamt of. We exchanged stories, both of us knowing how lucky we were to be able to walk with each other.  I was made to feel like royalty during my stay with him and his wife Tina. 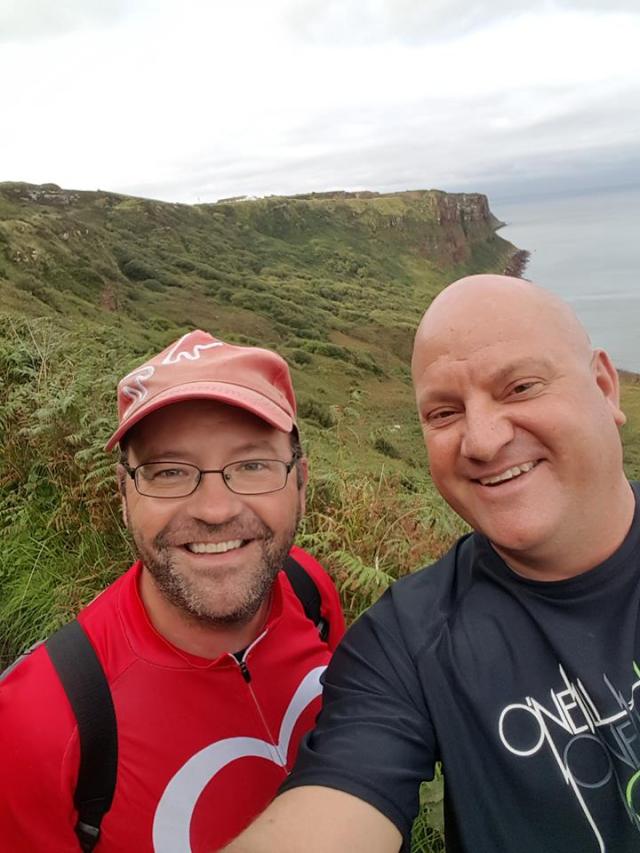 I ended the month at Barrow in Furness having racked up 1665 miles which is exactly a third of the way round. I still can’t believe that I have walked all this way and maybe I never will. It’s only when I look back at my photos that I recognise each of the 127 days walked so far. 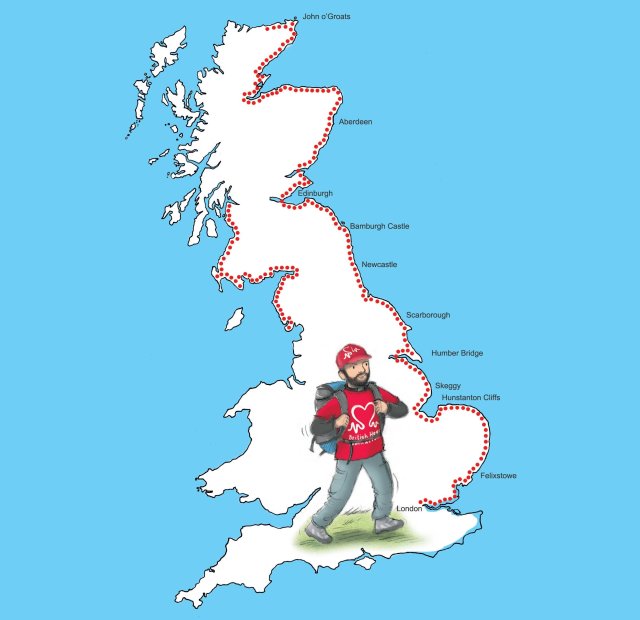 I will be back up to NW Scotland in a few weeks to do the section I missed when I was previously unwell. I am really looking forward to this and I hope I get some good weather to make the pictures better. Whatever happens, the scenery will be stunning and my dream of getting to Cape Wrath will eventually come true. Then once I have ‘joined the jots’, I will go back to Barrow to carry on to London.