Wow, I am truly smashing my average blog time with this post. My last mutterings were about my journey from Cape Wrath to North Wales. This one doesn’t have to cover such a large distance and was certainly eventful to say the least.

After Trefor was a little village called Tudweiliog. As I waited for the bus, I practised how to pronounce it via the excellent tutoring from BHF Cymru. I must have said it 50 times and as the doors flung open and I looked at a grumpy looking middle aged man (no their wasn’t a mirror) I felt confident that my driver would understand me. Remembering the Scottish bus driver who laughed at my pronunciation of Kirkcudbright, I got into the bus and took a deep breath.

“A single to Tud-whale-ee-org” I said trying to imagine I was Rhod Gilbert.

He was from Clacton on Sea, a fellow Essex Boy. I allowed myself a small moment to capture the magic moment and handed over my change saying “fanks”

Aberdaron and Abersoch on the southern tip of the Lleyn Peninsula both have lovely beaches and are pretty towns. Temperatures had plummeted and both walks had a biting northerly wind. Lucky for me I wasn’t walking northwards into it. 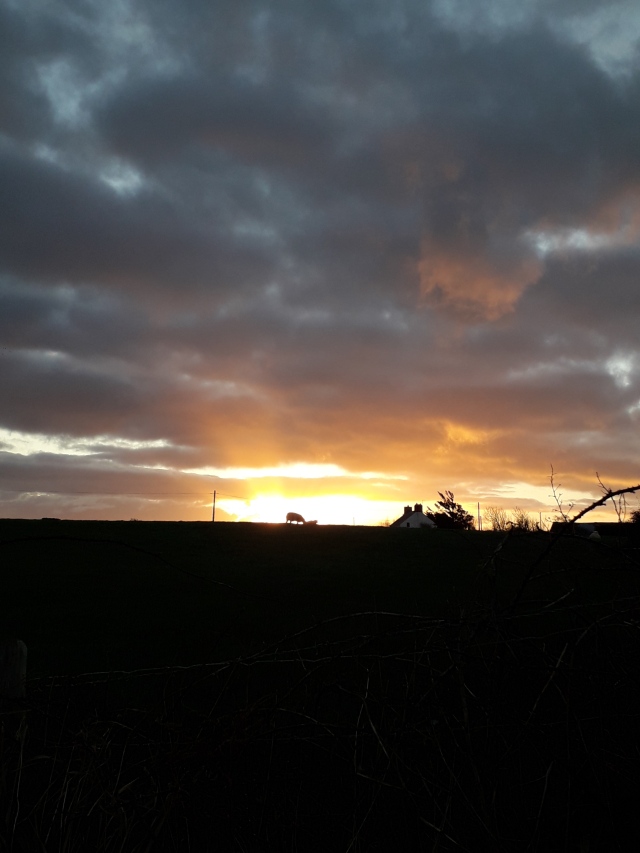 On the way back from Abersoch the bus driver understood my destination clearly as he was from Yorkshire. He then proceeded to ask me to sit at the back of the bus. Immediately, my mind raced and I thought that maybe he had got a lungful of “walkersmell” He continued, oblivious to my erratic facial expressions and told me that he couldn’t shut the door. I looked into the bus and three people, who didn’t know each other were huddling together on the back seat. I joined them on the seat in front of them – hoping that the icy blasts coming through the door would bypass my end of day odour.

Criccieth, Porthmadog, Harlech and Barmouth then followed, all of them stunning in their own ways. I particularly enjoyed Harlech castle and Barmouth town.

Sunday 6th December was the 50th anniversary of the first heart transplant and I was very proud to be invited on to Sky News Sunrise to talk about my experiences, the increased transplant waiting list and my walk. I was very pleased with how it went and was not nervous at all. I was enjoying the experience and its easy talking about yourself. I was amused by the massive amount of vanity on show in the building and compared it to the hairy hiker sat there in his walking gear, smelling like cow pat and looking like I had dragged the muddy fields of Wales in with with me.

On the 50th anniversary of the first heart transplant, Kieran Sandwell reflects back on his personal experience of waiting for a donor and what life is like now pic.twitter.com/CuiowZGd7Y 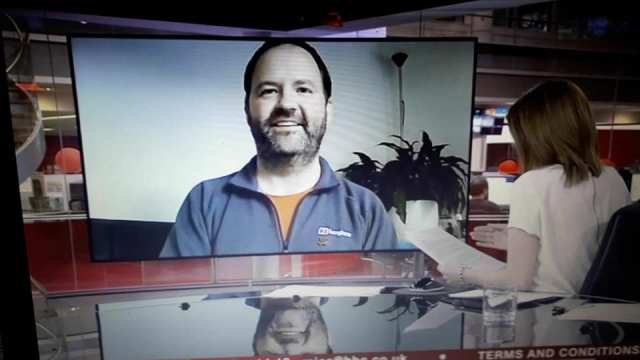 On the back of that came a request from BBC News to be interviewed from home by Skype. I didn’t get changed or washed for continuity and reality purposes and I sat in the lounge in Hemel Hempstead talking to a black screen that said BBC on it. I had no idea that the rest of the BBC News team and viewers were seeing me on a huge TV screen.

Monday, brought another interview, this time for BBC World at New Broadcasting house in London. This felt very special to me – to be walking into the “beeb” so I dressed up a bit. Well actually, I didn’t but I did have a shower! Three interviews in for national TV in the same clothes. Security was tight and eventually was taken into the waiting area where I could watch the presenters live. My interview was sandwiched between some breaking news. The calm and professional environment that I had witnessed when I first arrived quickly went out of the window as the story broke. The former PM of Yemen had been killed was the story. It was fascinating sitting next to the news anchor as she talked with producers about the item. When it finally came round to my turn to speak, I was once again calm having been distracted with the shenanigans.

The interview went well and left wondering what the BBC World viewers in Yemen had made of my 7 mins of fame whilst wondering how their former PM had been killed. I also wondered if the viewers thought that the scruffy man at the BBC would have been more at home on Countryfile.

The last thing that kept me from my walk was a couple of days later when I had my transplant checkup at Papworth. My ECG was done by a trainee technician who was told off for not making me comfortable on the bed. I wanted to say that I have slept in bus shelters and on golf courses in Scotland since my last appointment and that I was ridiculously comfortable on the bed but I stopped myself. An x-ray and blood tests followed and a chat with the consultant. Everything was fine so I immediately got in the car and drove back to Wales to carry on with the walk.

Snow greeted me in Harlech but luckily the coast wasn’t hit as hard as the hills and the rest of England. The worst of the quick freeze is over now for the time being but I am sure I will be stomping in snow a few more times this winter.

It was quite a hectic few days away from the walk  but very rewarding. Especially that a number of CHD and transplant patients have got in touch with me on the back of these interviews. The walk has so many parts to it. Raising money for BHF, raising awareness of organ donation, raising awareness of congenital heart disease, my own personal mental challenge, the dream of walking the coastline coming true and seeing the beauty of Britain everyday are just some of the parts but knowing that my story is getting out there and is helping others is probably the best bit.