For someone who used to be at the cutting edge of technology back in the 80’s and 90’s, it is mildly frustrating to be hanging on social media’s window ledge by my fingertips listening to an amazing party going on inside. Yes, I was once the organiser and facilitator of these technological soirees. From programming games on 16k Zx Spectrum computers to using 28k modems when the internet was first born, I was always introducing people to the delights of watching pixels move on a screen whilst wiggling with your joystick.

Sadly now, I have been pushed aside by the noughties’ surge of technological delights and gradually retreated to the corner of the room watching curiously as ‘xboxes’ emerged from their boxes and ‘facebooks’ replaced reading books. Birds and humans were now twittering and I desperately wanted to stay in the party but became scared, overwhelmed and ultimately defeated. Who wants to poke people or retweet anyway? I thought. I was no longer introducing but being introduced. People sniggered at my ignorance until one point I realised this lack of know-ledge had left me on a ledge…the ‘social media fun party window ledge’ to be exact with just my fingernails keeping me there.

Last night, I changed my profile picture on Facebook and instead of putting a picture from my childhood or from 10 years ago to make me feel younger, I chose an up to date picture. This picture is important because I am finally admitting that I have receding hairline. My forehead takes up most of the actual picture and I love it! The picture says to me “I am 46 but I am coming back into the social media party, head first – a rebirth…..tweet tweet!”

So here is the baldman and a nice one taken in a recent BHF photoshoot. Also, is a business card design that I worked on today.

Since the last blog (approx 24 hours), I have been tweeting, following people online, following people offline – we got off the bus and went in the same direction but that’s not important right now, messaging, wordpressing, facebooking, emailing, “inboxing”, “outlooking” and also – get me(!!) – programming a game on Android. A Bald move if ever I saw one! 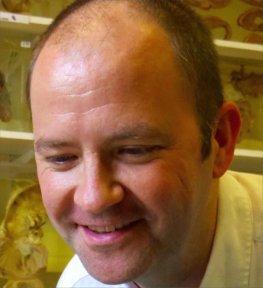